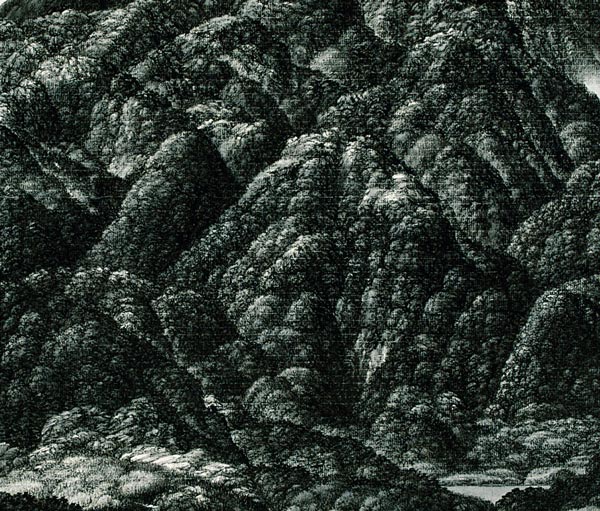 On the first anniversary of the death of Hsia I-Fu (1925-2016), M. Sutherland Fine Arts has organized a retrospective show of paintings from the last 25 years of this masterful artist’s life.

Martha Sutherland met Hsia in Taiwan in the late 1990s through her graduate school professor, Chu Tsing Li. Although he had never traveled to the United States, the artist immediately welcomed the Mandarin-speaking gallerist and agreed to representation in the U.S. Opportunities for international recognition as a Chinese artist living in Taiwan were rare at the end of the twentieth century. Nevertheless, Hsia’s works can now be found in dozens of major collections in the United States, from teaching museums at Cornell, Princeton and Harvard, to museums and private collections across the Untied States.

Hsia was born in Shandong Province in the 1925 to an educated family . As a youth, he received private painting instruction in both bird and flower and landscape traditions. Even in his later years Hsia would laugh and remark that he owed his exacting, almost obsessionist painting style to the influence of his grandmother, an accomplished lacemaker. Hsia passed the strenuous qualifying exams to enter the prestigious Hangzhou Art Academy in 1947 but because of the political turbulence, he was forced to withdraw. In 1949, he escaped to Taiwan and started from scratch to build a new life in Taipei. He worked in advertising, photography, graphic design, and interior architecture until the late 1970s when he turned to painting full time.

Hsia’s paintings harken back to the monumental landscapes of the Sung masters, such as Li Cheng and Xu Daoning. Yet on careful examination, his brushwork and inkwash style reveal a clearly contemporary vision. His unique brush technique demands thousands of minute strokes over the course of days, and sometimes weeks, to construct massive, weighty rocks and mist-wrapped mountains. The rock forms have a sensuous, anthropomorphic quality with a high contrast of light and dark, more closely aligned to a Western concept of light and shadow. Hsia once remarked that he studied the masterworks of Nanjing 17th Century eccentric master, Gong Xian, in the collection of the National Palace Museum in Taipei. He tried to capture the essence of Gong is his own miniature landscapes and smaller album leaves, then moved up to table top and grand scale works. Hsia’s dense brushwork, whether in a monumental hanging scroll or a miniature album leaf, is unmatched by contemporary ink painters. Around 2007, Hsia turned to a new brush vocabulary of repetitive fine lines for grasses as a counterpoint to the weighty rocks.
Hsia never lost his delight in the natural world, especially the mountains and seascapes of his adopted home of Taiwan. He hiked in the mountains well into his eighties, making rough sketches to enlarge and embellish back in his studio. He and his wife were devout Buddhists who supported religious charities by donating their time and proceeds from painting sales.

A year before the artist’s death, Sutherland ventured to the port city of Keelung with Hsia and several other painters to see a contemporary painting exhibition. Although it was July and the heat and humidity were stifling, Hsia bounded up the stairs of the parking garage with joyful enthusiasm. Even at 90 years of age, Hsia had an infectious joie de vivre. His daughter, Summer Hsia, remembers that her father told the family several days before he died that he wasn’t leaving them forever—that he was simply “going traveling” and would be reunited with them someday soon. Each painting in this exhibition offers a glimpse of Hsia’s indomitable spirit.