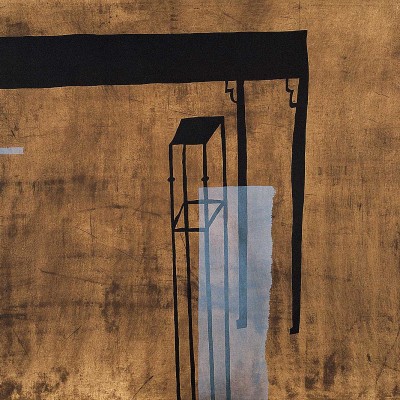 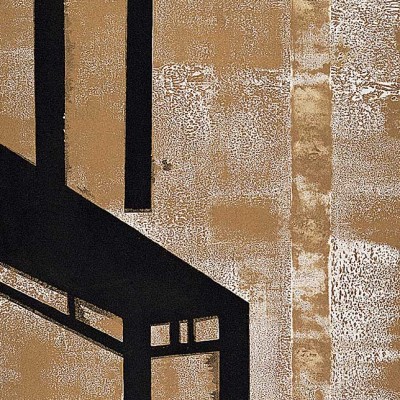 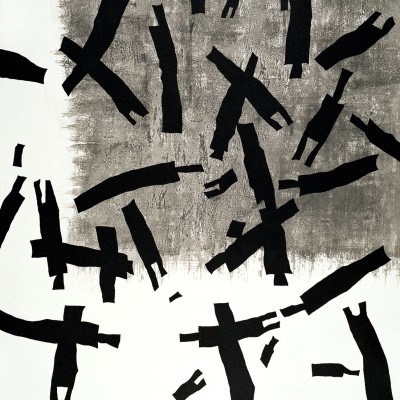 Wang Huaiqing, (born Beijing, 1944), arguably the finest living painter in China today, recently completed several series of etchings based on his larger scale oils.  The exhibition showcases his newest etchings, printed in Barcelona under his supervision.  Wang silhouettes everyday objects and animates them in space.  The bold figurative elements are shorthand versions of Chinese classical furniture, archaic bronzes and porcelain vases.  Flat black shapes are placed against the void, much like Matisse cutouts; but there is no mistaking their Chinese origins. Wang’s genius is in his playful animation of two dimensions and the allegorical inference of Chinese traditional objects.

In 1956, Wang passed the entry examination to study at the Central Academy of Fine Arts (CAFA) High School in Beijing but his schooling was interrupted by the Cultural Revolution.  He and his CAFA classmates were sent to the countryside to work for subsistence farmers in northwest China. Wang does not dwell on this period with regret.  In his indomitable optimism, Wang commented, ”We were young and eager to experience life. In spite of the difficult living conditions, I gained a deep appreciation for Nature and the traditions of Chinese agrarian society.  I feel lucky to have had such an immersion during the formative stages of my artistic development.” During this period, Wang designed numerous political posters, many of which were included in an exhibition at the Asia Society in New York in 2008.  The Soviet-realist-based style in these earlier works foretells the graphic genius in Wang’s mature work.

Finally admitted to the graduate program at CAFA in 1979, Wang painted with oil on canvas in a realistic Western style full of allegorical meaning.  As part of an emerging group of talented artists, “The Contemporaries,” Wang sought beauty and art in the everyday.  In the mid-1980’s Wang branched out stylistically and garnered numerous national painting awards.

Around that time, Wang was profoundly influenced by a sketching trip to eastern China, in the region around Shaoxing where the traditional architecture is dominated by white washed stucco walls and black tile roofs.  Wang was struck by the juxtaposition of the simple black and white buildings, and the intrinsic “Chinese-ness” of the shapes. His painting palette became heavily dependent on black, white and grey in the 1980’s, echoing the interplay between form and negative space in Chinese calligraphy.

The bold, black forms in this current exhibition may remind a Western viewer of Matisse’ “Jazz Suite.”  In the two “Families” series on view, Wang arranged soot-black shapes against the bare paper, based on silhouettes of archaic bronze tripods, vases and bowls to create bold, near-abstract compositions.  The connecting drips of the printing ink recall Chinese calligraphy cursive script. Wang introduced bold color in his work from time to time, such as the cinnabar red of the background of “Peace.” Wang was not only influenced by Chan Buddhist ideas of space and void, but after travelling to the United States, he was deeply impressed by Minimalist artists such as Giorgio Morandi and Sol Lewitt.  This exhibition reveals the full expressive powers of this Chinese master.

M. Sutherland Fine Arts is pleased to present these prints, along with selected works by other artists represented by the gallery for AsiaWeek March 2019.    The exhibition will continue after AsiaWeek (ends March 23) by appointment only until April 26.