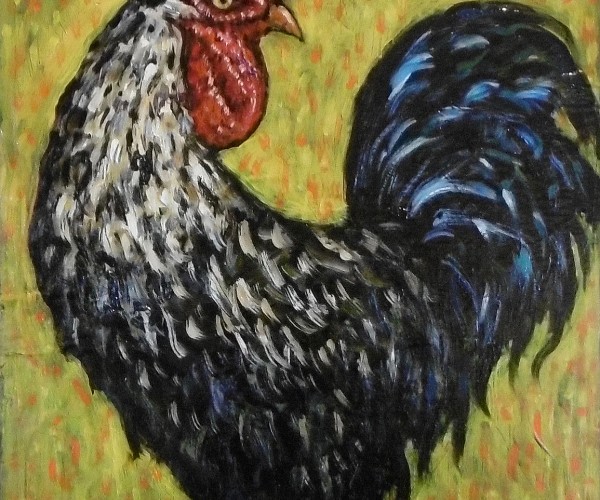 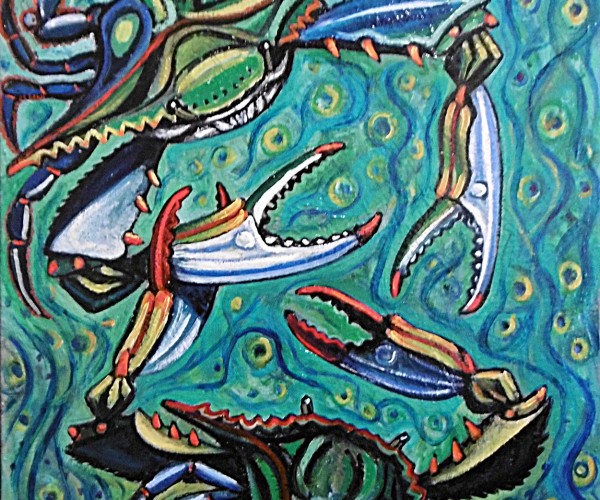 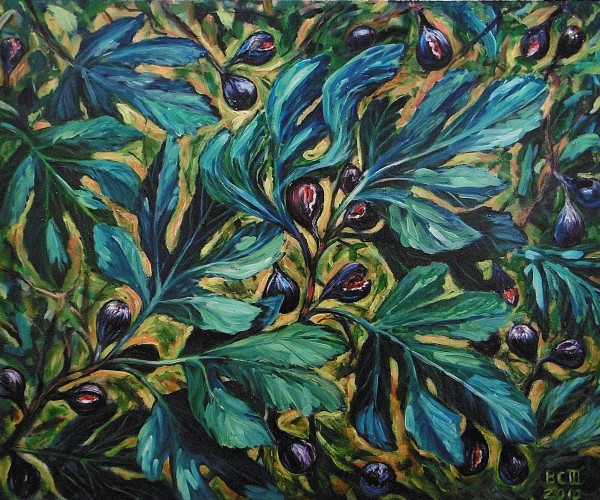 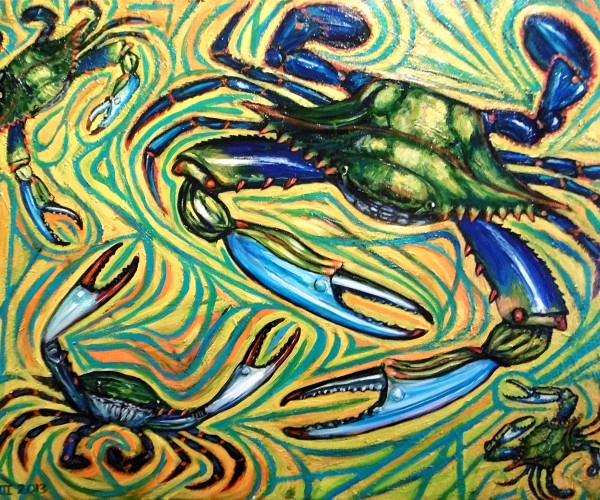 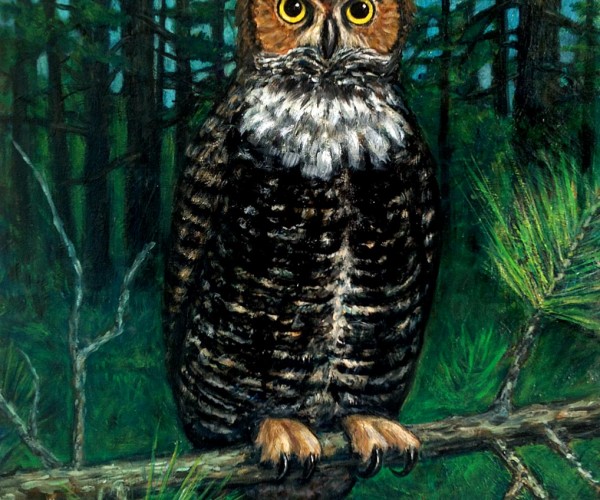 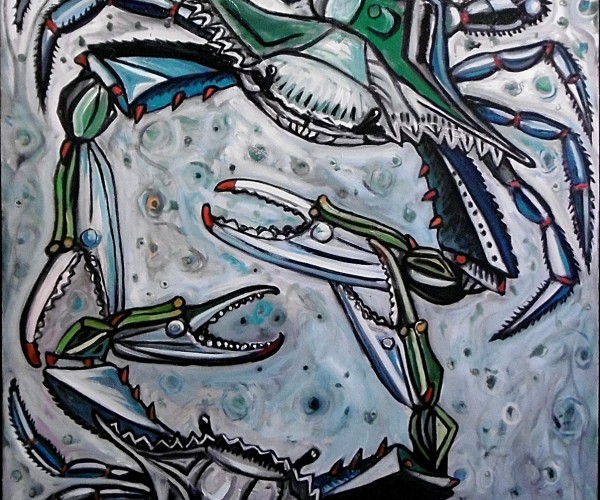 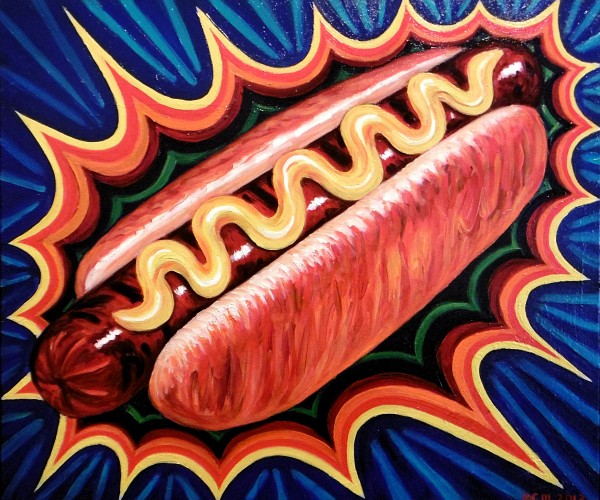 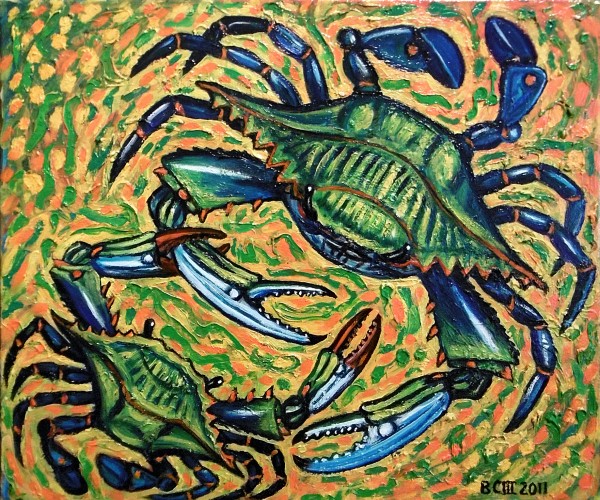 Barnaby Conrad III is an artist, author, and editor who was part of the New York art scene from 1976-82.  He then spent a decade in Paris, a year in Montana, and two decades in San Francisco, before landing on the remote Eastern Shore of Virginia in 2008.

Almost immediately his painting changed from an urban aesthetic to one that embraced the living creatures and landscapes of this isolated peninsula. The blue crabs he caught off his dock overlooking Metomkin Bay became primary subject matter.  “They are agile swimmers and beautifully-armored gladiators who live a brutal existence under the water.”

Born in San Francisco, he majored in painting at Yale College where he studied with Willliam Bailey, Lester Johnson and Maurice Sendak. After graduating in 1975 with a B.A. in Fine Arts., he became editor of Art World in New York, senior editor of Horizon, and Editor-at-Large for Forbes Life.

The author of 11 non-fiction books, he is best known for Absinthe and The Martini. But he also wrote monographs on California artists John Register, Mark Stock and Richard Diebenkorn. “All three artists influenced my paintings. I’m also inspired by the work of Pablo Picasso, Charles Burchfield and Walton Ford. I mix abstraction with magic realism.” Mr. Conrad has exhibited at Modernism Gallery in San Francisco and in solo exhibitions at the Eastern Shore of Virginia Historical Society and at M. Sutherland Fine Arts in New York in 2009.